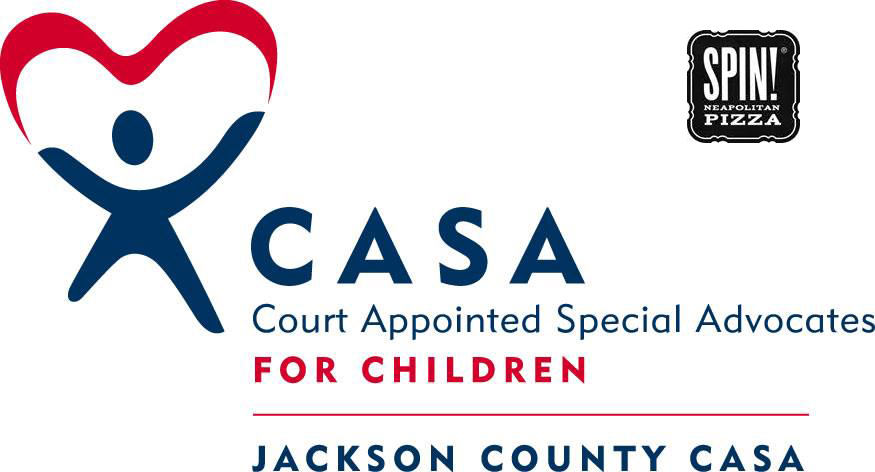 With more than 10,000 votes cast,  a program that serves abused and neglected children -- Jackson County CASA -- has been chosen to receive the proceeds from a holiday contest designed by SPIN! Neapolitan Pizza. The funds will be raised November 26 to January 1 through the sale of SPIN!’s “Pizza on Earth” holiday t-shirts and gift cards.

Beginning November 26, SPIN! Neapolitan Pizza will offer $15 Pizza on Earth t-shirts with all the profits from each shirt going to Jackson County CASA (Court Appointed Special Advocates). In addition, 10 percent of all gift card sales will go to the charity. Those purchasing a total of $100 in gift cards will also receive a free Pizza on Earth t-shirt.  The $100 purchases can be combinations of smaller gift card values.

The Pizza on Earth t-shirts will be sold only during the holiday season. Designed and made especially for SPIN!®, the high quality t-shirts’ artwork features a peace symbol made of pizza. The t-shirts are tied with jute and include a gift tag for gift giving.

SPIN! hopes that its month-long promotion will yield a donation of several thousand dollars. In addition, SPIN! hopes to raise awareness of Jackson County CASA by including its name with its Pizza on Earth products, which will be available at all six area locations.

“We are excited not just to give back to the community but to give to a charity chosen by our community,” says SPIN! Neapolitan Pizza Partner Gail Lozoff. During mid-November, SPIN! Neapolitan Pizza invited the public to nominate their favorite charity to receive a generous donation from the local pizzeria founded in Kansas City in 2005. With only one vote allowed per computer, Jackson County CASA (Court Appointed Special Advocates) received the most votes.

The charity, which advocates for abused children under court protection with a goal of helping them find a safe, permanent home, will receive the proceeds as SPIN! spreads “Pizza on Earth” during the holiday season.

Jackson County CASA has more than 320 volunteers who advocate for abused and neglected children as they navigate the court system. Through contact with the child, family members, and other interested parties, a CASA volunteer provides critical information to the judge as they determine where the child should live and what medical, educational, and therapeutic services they need. Children with a CASA volunteer are far less likely to be re-abused and far more likely to find a safe, permanent home. For 2012 and 2013, 95% of children with a CASA volunteer had not re-entered the Jackson County Court.